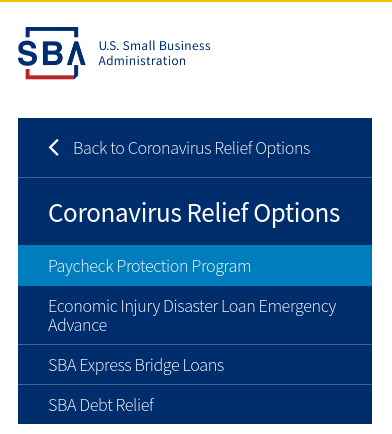 On Friday, March 27th, President Trump signed into law the CARES (Caronavirus Aid Relief and Economic Security) Act. During the ensuing week (that is, last week) millions of adversely affected businesses scrambled to find what was or wasn't available in terms of Federal relief.   Our business, (that is our real business - not this blog writing pass time) did the same. By Friday, April 3rd we had not completed assembling all of the documentation required by our SBA Associated Bank to complete the application. We were assured by the our Banking Officer that their staff was going to be working on both Saturday the 4th and Sunday the 5th to be able to submit all of the applications in process to the SBA on Monday morning, April 6th.

In the course of preparing our documentation, we had a conversation with the President, CEO, of our small State Chartered Texas Bank. We inquired as to how many loans they expected to process. He responded that by Friday afternoon, they already had $300 Million in CARES loan applications to process. For what it's worth, the banking affiliate in question has total assets of slightly less than $1 Billion, making it a very small portion of the national banking system which currently approaches $20 Trillion in assets. For the math challenged out there (self included at times); our bank represents approximately .005% of the national banking system.

If our bank is proportionately representative of the ratio of CARES loans requests that are in the pipeline to be dumped on the SBA next week the amount would be equal to $6 Trillion. For a sense of context, that's about 150% of the entirety of the Federal Budget.

That is an economic tsunami likes of which has never been seen, and it is anyone's guess as to what the Congressional response will be. It's also likely that this is just the first wave. It's reasonable to suspect that the vast majority of business interests that are eligible for relief under this act haven't even heard of it yet.

It's clear to this humble blogger that those who've championed the wisdom of this self imposed economic suicide had no idea of the destruction they were imposing on the American economy. Starting tomorrow, that's all likely to change.

Don't be surprised if the "conventional wisdom" on how to best deal with the Covid Crisis starts to change - starting tomorrow - and if it doesn't - this crisis will be bigger than any of us previously feared.