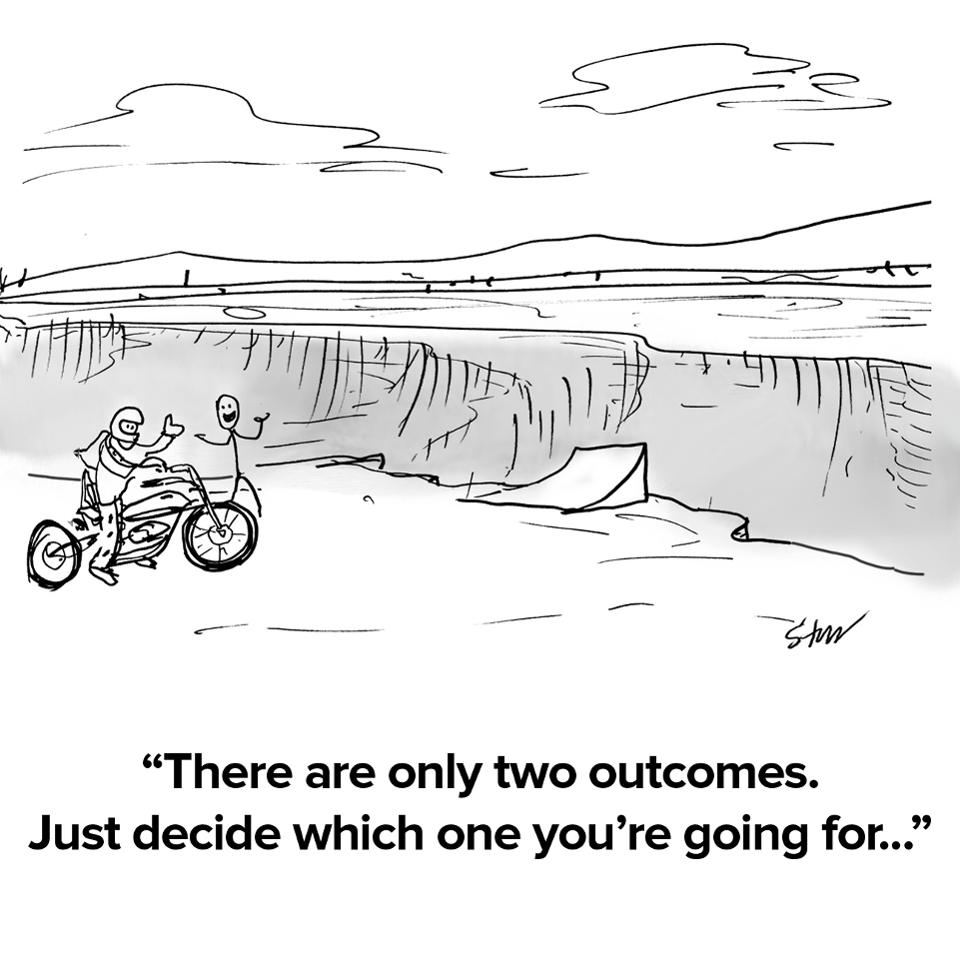 It's becoming increasingly clear. There are only two choices.

Face the collapse of civil society.

There is no middle ground.

We are on the road to starvation and chaos. We don't know exactly how long it will take to get there. But the direction we're taking is clear. For decades we've been told that we MUST transition to a "service based" economy. We've largely done that. Now, we're being told that most of the "services" on which we base huge portions of our economy - are non essential - and are prohibited until further notice. Millions of people are currently unemployed, millions more are idle with no income. Food resources are being destroyed at the source. Incomes are falling to zero. People have accepted the restrictions to "flatten the curve" on the belief that it would be brief, and effective.

Restrictions have been neither effective, or brief.

When most restrictions went into place on March 29th, there were 2,191 Covid-19 related deaths in the United States. In the 42 days that followed, there were more than 77,000 additional Covid-19 related deaths. Only a fool would call this a successful mitigation. In the State of New York, it was recently sited that 66% of the hospitalizations were from patients that were observing "stay at home" orders. Given the results of the mitigation, it is impossible to conclude that it has saved a single life. By contrast - it has forced economic ruin on millions.

The calls for "partial" re-openings are fools gold. It can't work. We have huge swaths of the economy based on tourism, recreation, and entertainment. None of those business models is viable at 25% or even 75% capacity restrictions. A restaurant operating at 25% capacity will lose money faster than if it remains closed. Same is true for a golf course, theatre, bowling alley, hotel, personal service, or amusement park. Ok, for all you doubters, yes we've all seen these businesses run at less than 25% capacity. That's because they will have a several days of full capacity revenue to justify the cost of operating on slow days. If you make the peak revenue only 25% of capacity - forget about it - you're done.

The Government can't print enough money to make everyone whole. If they try, it will cause hyper-inflation. That will cause the collapse of the currency. After a currency collapses, the balance of the civil society will follow. It will be only a matter of time until violence becomes the norm, and chaos will ensue until a "strong man" (usually a vicious thug) emerges to enforce order.

The only alternative is to accept this virus for what it is. A dangerous nasty disease that kills about 5 times more people than the flu, while causing no noticeable symptoms in up to 80% of the those who become infected. If the CDC needs a face saving act, go ahead and release a vaccine. Preferably a pure placebo that won't hurt anyone. Up to 80% of the people who get infected don't show symptoms anyway. An 80% effective vaccine would be considered a huge success.