Will Scalia Death Save the Hillary Campaign? 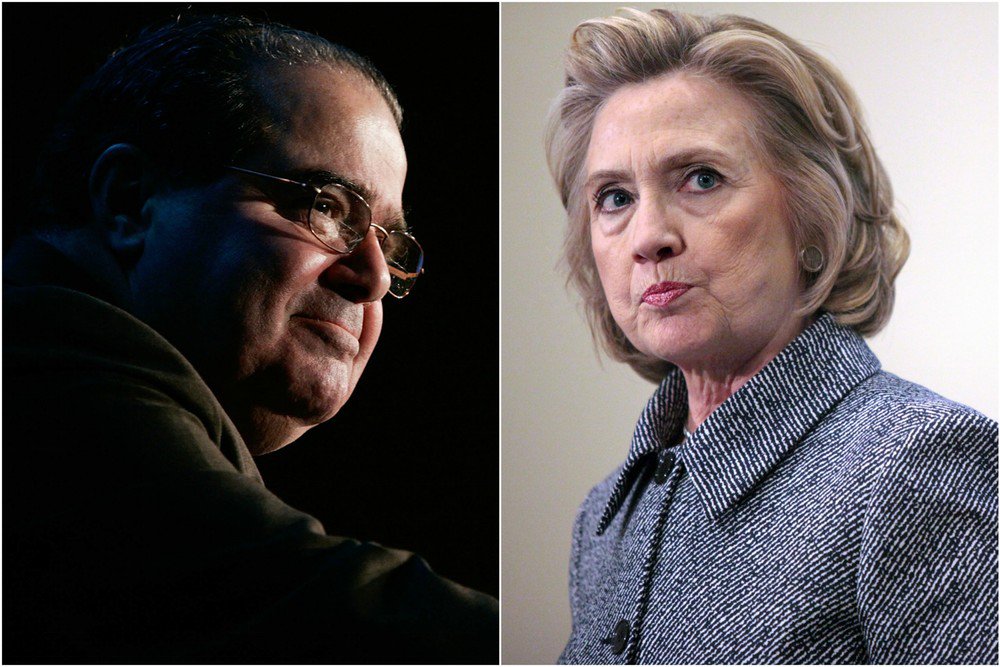 As much as I hate conspiracy theories, here goes....

-Hillary Clinton, desperate to energize the "Obama Coalition" - declares that Obama would make a great nomination to the Supreme Court.

-Scalia dies, and body embalmed faster than an email server can be "wiped."

-Obama immediately declares he WILL appoint a successor.

So, if the GOP holds up the confirmation - Obama becomes party to the Clinton Campaign - running as her appointment to the Supreme Court.

Is it just a coincidence that this could be the only thing that saves the Hillary Campaign and at the same time immunize her from email and corruption scandals?

Conversely, if the GOP wimps out and confirms an Obama appointee; it won't matter who wins the election - the Supreme Court will become a rubber stamp for every over-reach by the EPA, IRS, HHS, and the rest of the non-elected bureaucrats that really run the country.

In addition, if the GOP wimps out again - it will dramatically depress conservative turn out in November.

In effect, in what could be the last chance to salvage and revive a Government of the people, by the people and for the people; the GOP needs to not only block the nomination, but hold the Senate, and win the Presidency. Anything short of running the table - will make it almost impossible to reverse the current advance of tyranny.