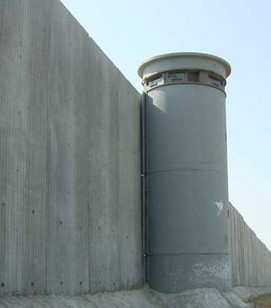 Tomorrow Donald Trump will make a major policy speech about immigration. While he's been accused of "flip / flopping" he COULD easily reconcile his position - like this:

Deportation: YES. That means that Deportation is the default status of those found to be here illegally.

Deportation Force: YES. We already have one. It's called ICE. They will be tasked with enforcing the law - and that includes deportation.

None of the above means going house to house looking for illegals - but when they are discovered through the normal course of life - the default position is - they are subject to deportation.

Citizenship: No. Never. Not Negotiable. May require a Constitutional Amendment. Perhaps the Amendment could clarify "birthright" citizenship - but also state; "ANY person who entered the United States illegally - shall forever forfeit the right to become a citizen."

I call this the Moses clause. God forgave Moses - but because of previous offenses - Moses was never allowed into the promised land.

Lacking a Constitutional Amendment, citizenship will be decided by the Supreme Court, and that's unacceptable. Besides, if its good enough for Moses - it's good enough for illegal immigrants.