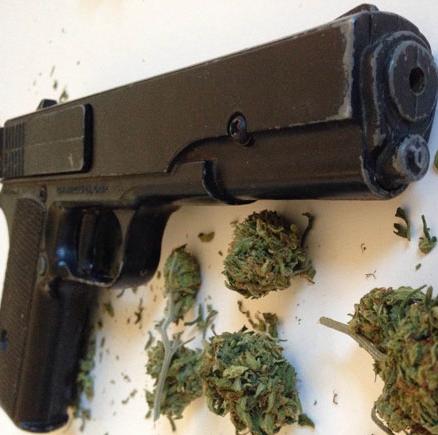 I will admit. I didn't see this one coming.

Two days ago the 9th U.S. Circuit Court of Appeals upheld a Federal Law banning the sale of firearms to anyone with a medical marijuana user card.

Marijuana is still illegal under Federal law, and States that have legalized marijuana have done so with no specific change to Federal law - simply a wink and nod from the Obama administration that they wouldn't challenge the State laws legalizing marijuana.

It seems, however, the Feds have no intention of "looking the other way" when it comes to enforcing prohibitions against owning firearms and using "illegal drugs."

Although this ruling is specific to "Medical Marijuana Card Holders," given that the Feds have now affirmed that using marijuana negates ones right to bear arms, it is only a matter of time before various City, State, and Federal laws expand this legal theory. There is little doubt that in the near future we will see firearms sales banned to marijuana users, and perhaps even confiscation.

Like I said, I didn't see this coming - but it's I'd be stunned if it the prohibition of gun ownership based on marijuana use stopped here.