Feeling Good about the Cavs in Game 2 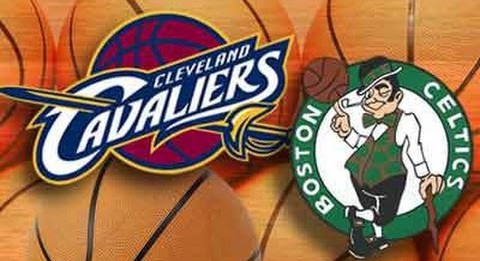 Yes, the Cavs got drilled in game one. But, despite the worst shooting in Cavs recent history; the game seemed to turn on a 3 minute period in the first quarter, and the first 90 seconds of the fourth quarter. In those 4-1/2 minutes the Cavs were outscored 20 - 0.

A few funny things about the Cavs since their latest reincarnation.

One, they seem to play well in 5 game streaks, then they regress. That's continued through the playoffs. They won game 7 in the first round, then the next 4 in a row before going into a coma.

Two, the "New Guys", all younger, faster, and more athletic - seem to have disappeared. Seems like to beat the Celtics they're going to need some young legs.

Oddly, after the Toronto series, it seems that all Cavs fans should take a moment and consider how much fun it's been for the past 4 years. The Cavs might lose to Boston. It's ok. They actually seem to have better players, and definitely have a better coach. Toronto and every other team in the NBA (except for one) have had more disappointing seasons than the Cavs for 4 straight years. Even this year - the Cavs are a 4 seed - and most of Vegas still has them as the favorite. To a great extent, this team has already over achieved.

This could be the last year with Lebron. I'm going to enjoy this series - no matter what.