Ok, so Joe Biden stole the election, Trump is under political seige, Parler just got shut down by AWS, the very fabric of free speech is under fire from the "Democrats", and the country seems lurching closer violent confrontation every day - but for now, I'm going to watch football. Yeah, I know, they're all spoiled anti-American fascists - but the Browns are in the playoffs and I'm going to watch... 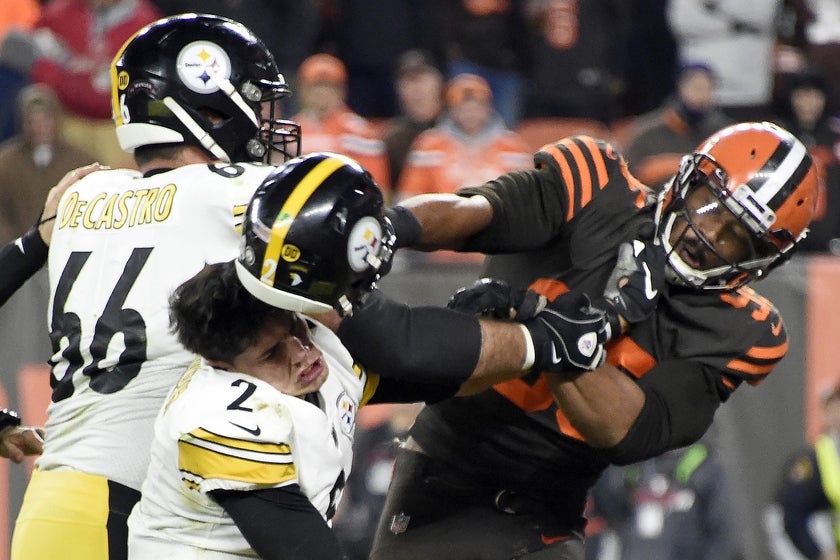 Of course, these aren't exactly the "real Browns," who packed up and moved to Baltimore about 25 years ago. This is an expansion team that inherited the name and history of one of the most successful sports franchises in the world and pretty much trashed it. Just the same, as the team wearing the colors and carrying the name of the team that I grew up living and dying with - I've got to stop and watch what happens tonight.

I have to admit it makes it more interesting that Baker Mayfield, who grew up in the Austin TX, (where I've lived for 30+ years); is at the helm of the Browns and seems to have somehow become the perfect fit to iconify the "Browns" as a gritty determined underdog with enough swag and skill to play give any team a run for the money.

But that's probably not going to happen tonight.

First, the Browns defense has been awful. And that's with Defensive End Olivier Vernon playing at an All Pro level. Now, Vernon is out for at least the balance of the playoffs, and Miles Garrett is playing like he still has Covid-19. The secondary has been riddled with injuries all year and has real trouble matching up with anyone. Even so, the Browns refuse to use blitz packages and seem to always allow a passer eons of time on 3rd or 4th and long. This is how the Browns have become the only team in the playoffs to have allowed more points all year than they've scored all year. Yes, the Browns are 11 - 5; but it's been 11 nail biters and 5 beat downs.

Next, if the Browns injury issues weren't enough - Covid-19 has removed the head coach and All Pro left guard Joel Bitonio; as well as closed their practice facilty for the week. The Browns just barely beat the Steelers last week with a healthy Olivier Vernon, and Bitonio - while the Steelers rested all their key starters. Given the lopsided chain of injury and Covid events of the past week; it's doubtful that the Browns can keep this game close past half-time.

The Browns do have Baker Mayfield and Nick Chubb - and the Steelers have shown the ability to come out and play just plain ugly - so, let's go ahead and play the game - maybe the gritty, underdog, Mayfield can throw a couple of sucker punches before the big bad Steelers know what hit them. Probably not, but that's why we play the game!