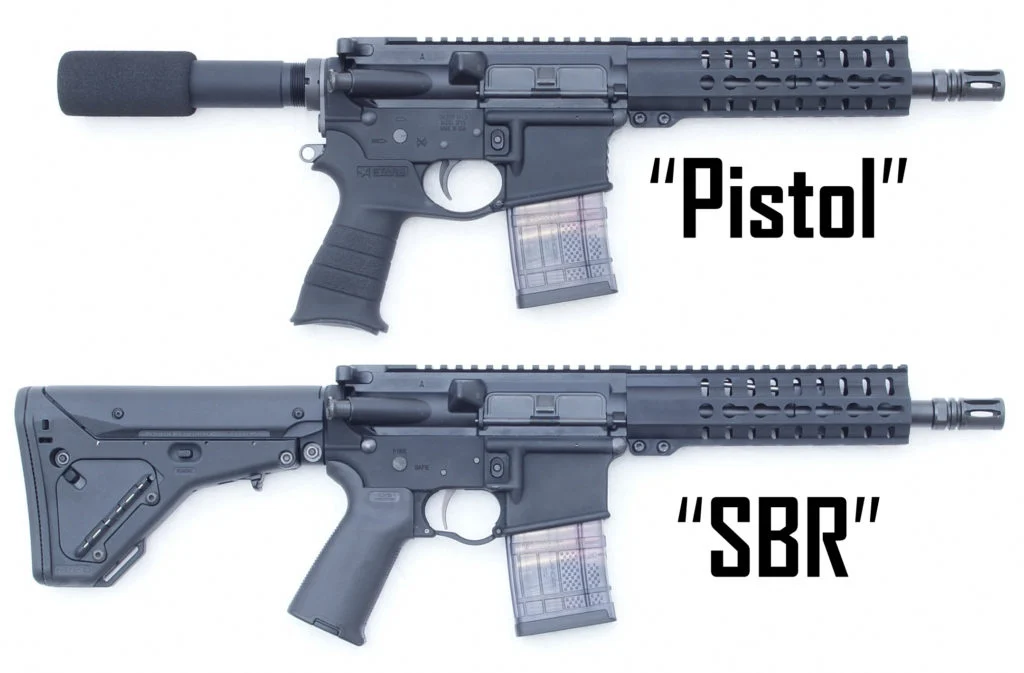 Ok, to be fair, there's a lot of confusion to go around on this subject. I've heard a great deal of mis-information from supposed conservative "experts" on 2A issues. Even John Lott, a verifiable authority on gun crime statistics uttered some very questionable descriptions of Biden's proposed "arm brace" ban. If you don't have any idea of what this "arm brace" controversy is - don't worry - most people dont. It's really not a  controversy. It's really a conflict created by 2 opposing retard level regulatory statutes.

Retard level regulatroy statute 1: No "Rifle" can have a barrel length of less than 16". If a Rifle has a barrel length of less than 16" - it's defined as a "Short Barrel Rifle" (SBR) and subject to rather extreme regulation by the ATF (or AFT as Biden would say) such as registration and payment of a $200 tax and require a "tax stamp" as proof that the owner had paid the $200 tax. This is a feature of the 1934 National Firearms Act, which was the first major gun grab by the US Government. Originally, pistols were to be included in the restricted firearms, with only rifles to remain as readily available consumer items. Because they feared people would circumvent the law's restriction of pistols, they included language to outlaw the shortening of rifle barrels. At the last minute, pistols (hand guns) were removed from the Bill - but the limitation on short barrel rifles remained. The result was, no major manufacturer made SBR's even though there is significant demand for a more manuverable defense weapon with rifle like fire power. There are some SBR's on the market, but they're rediculously expensive.

In an effort to meet the demand for SBR type function, and knowing that Legislators never want to repeal any law regardless of how retarded it may be; they proposed a counter retard level option...

Retard level regulatory ruling 2: An AR-15 "Lower" with a barrel length of less than 16" is "Pistol" (not an SBR) - as long has it doesn't have a "stock". Instead of "stock" manufacturers created the term - "arm brace" and for good measure threw in that it aided people without use of both hands to fire this "Pistol". Well that was always bullshit, but it's the kind of bullshit that gets things passed, so the ATF agreed that while SBR's were still highly regulated and quasi-illegal - AR Pistols were perfectly fine.

So there you have it, Retard Law 1 (regulating SBR's) was effectively repealed by Retard Ruling 2 (AR-Pistols are not SBR's) creating something of a "Non-Retarded Equilibrium" with two conterbalancing nonesensical laws / rulings.

Now some may think it's sound policy to ban the "arm brace" thinking it would ban AR-15 pistols. But it wouldn't. It would just make AR Pistols look like the image below instead of the image of the Pistol above... 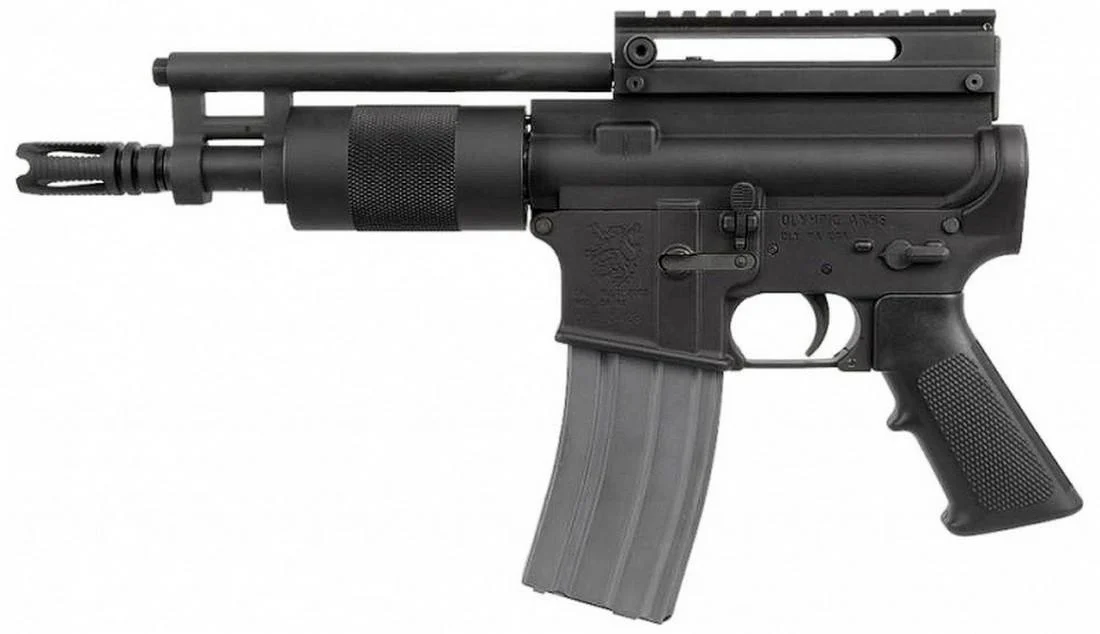 Of course no criminal would ever think of doing a mass shooting with such an item, and of course if he did - he'd never attach a stock to it - because mass shooters wouldn't want to make their crime "illegaler" by violating an ATF regulation - and of course it would make about 4 million of us with one of these complete with an arm brace in our closet a criminal. Pretty much sounds retarded to me.