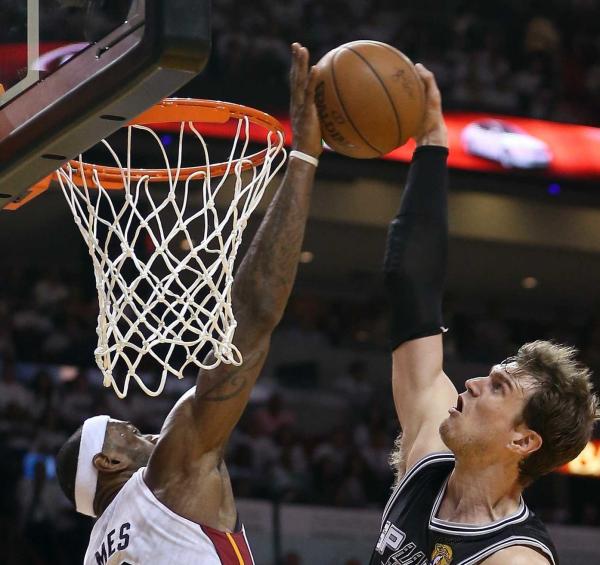 The NBA post season starts today.  Or perhaps, the NBA "real season" starts today.  In either event, it's become the best sporting event in America. It seems the NBA has either learned how to make it's sport the best entertainment product in the world - or maybe just how to not muck it up.

A few observations as to why...

1. They're just so damn good. It's beyond debate that the NBA is made up of freaks of nature who possess natural physical attributes far beyond the average man. In addition, the level of excellence required to succeed in this craft demands a dedication and work ethic that dwarfs the demands of a normal occupation.  The result is a cast of participants that leave us awe struck with their talent - even while we open a beer and say, "That guy sucks."  The athleticism and skill in every game is nothing short of spectacular.

2.  They've (mostly) avoided politics. Sure, there's the occasional dust up - as in Lebron vs. Ingraham; but largely the virtue signaling is avoided. We've all got plenty of places to go for social and political differences. It's "great" to just watch "greatness."

3.  The "Survivor" aspect.  The NBA is now a 12 month sport. About 6 months of regular season. 6 - 7 weeks of playoffs / Finals. About 4 months of "Survivor" - which continues at some level throughout the Season and Playoffs.  Similar to the Survivor reality show which is based on both physical competition and social game play; NBA players and coaches ALWAYS have a back story running that creates interest and complexity not found in any other sport. This is where the individual personalities emerge instead of the team.  With only 5 players on the floor at a time, and post game interviews a requirement - fans actually make a connection with their favorite players; giving depth and feeling to the on going "drama" in each back story. These back stories are usually about free agency plans; but often include which player is creating an "alliance" with another player to make an off season move. Or sometimes it's just which player is ticked off at his team or management. Last year Kyrie, got in a funk in Cleveland and wanted out.  James Harden shut down inexplicably in game 6 against the Spurs.  This year Kawhi is in a funk and nobody knows whats up with him. A few years ago Rajon Rondo seemingly went on strike - while on the floor - during the playoffs.  All of this adds to the level of interest all season - and it builds to a peak as the playoffs begin.

4. The BEST Playoff structure - BY FAR.  This is a big one. It starts with a bang. Four games a day, today and tomorrow, all played back to back to back. This is a feast for hard core "binge watchers."  But better yet, it doesn't stop.  It doesn't fold the tent and go away til next weekend like NFL, or now NCAA.  It just keeps going.  Every day, every night - early game, late game, prime time game - each series developing its own back story; the action never stops - doesn't even slow down - until The Finals.  By the time The Finals start, even if your team isn't participating; you've gotten to know the starting lineups of each contender, and who you might want to see in your teams uniform the next year.

With the opening tip-off only a few hours away, I'm looking forward to my Cavs continued dominance in the East, and hoping for a surprise showing from the Spurs in the West.  But even if each makes an early exit - I'll be watching almost as closely to see who finally prevails - and how it all effects the "Survivor" portion to be played out this Summer.

Kudos to the NBA Playoffs - The Greatest Show on Earth