There's been a post circulating on the internet from someone named Veronika McKee that describes the "upside" of the insane response that many governments and organizations have had to the Covid-19 Pandemic. It's an upbeat and hopeful post, but I have to say that it doesn't look like an objective take on reality to me. In fact, my observations are almost opposite. I've taken the liberty of writing a "counter point." I'll post the original after mine, and everyone can decide which is closer to reality.

They couldn’t go to the pool, so they stayed home and drank beer or soda to cool off

They lost their jobs so they took whatever handouts were available, then turned to crime or homelessness in their despair

Everything that’s happening is totally insane, and inhumane

They often wondered how they could be criminalized for being healthy

In fact, wondered if freedom was always an illusion that could be revoked at any time

What we build now is the future

It’s past time for the Sovereign to awaken

It's time for this to end

And now the original - you decide... 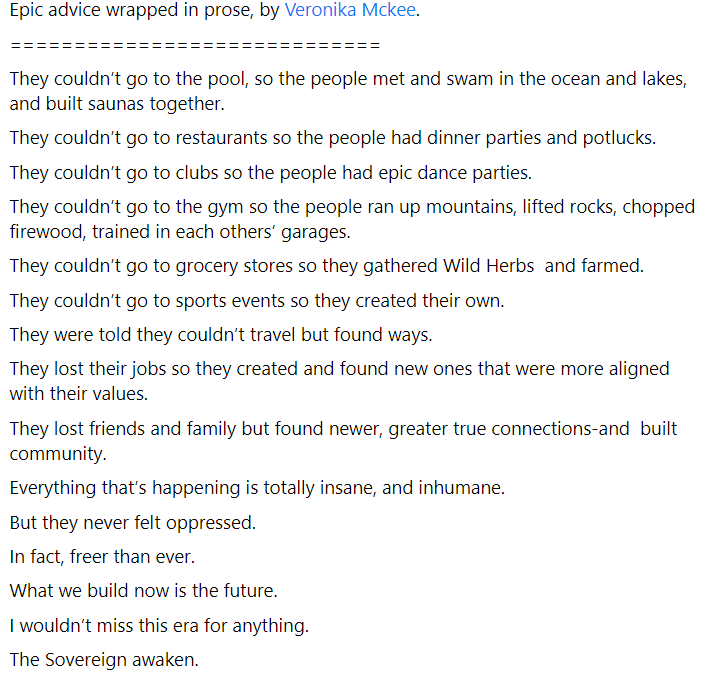